If ghosts exist anywhere on this planet, then surely, they exist in Vietnam. Though nowhere near the size of its neighbor China, Vietnam has still managed to embroil itself in more than its fair share of warfare, with the death toll from the Vietnam War (American War) alone, estimated to be in the millions.

As a result of battlefield mayhem, many of the dead are never located or identified. To this day, there are still over 1,600 American soldiers M.I.A. in Vietnam and, upwards to 300,000 dead Vietnamese unaccounted for. That’s a lot of spirits who, most likely, are not resting in peace.

As with many cultures, Vietnam has very strict protocol when dealing with the deceased, mainly that, when a person dies, their body must be placed in an ancestral burial ground. The consequences for not following these instructions are very exacting – that person will become a “wandering soul,” or a ghost stuck in limbo, unable to move into the land of the dead, and continue its cycle of reincarnation.

The same fate befalls those who’ve succumbed to a violent and traumatic death, such as soldiers killed in battle. There is, however, opportunity to appease these restless souls. 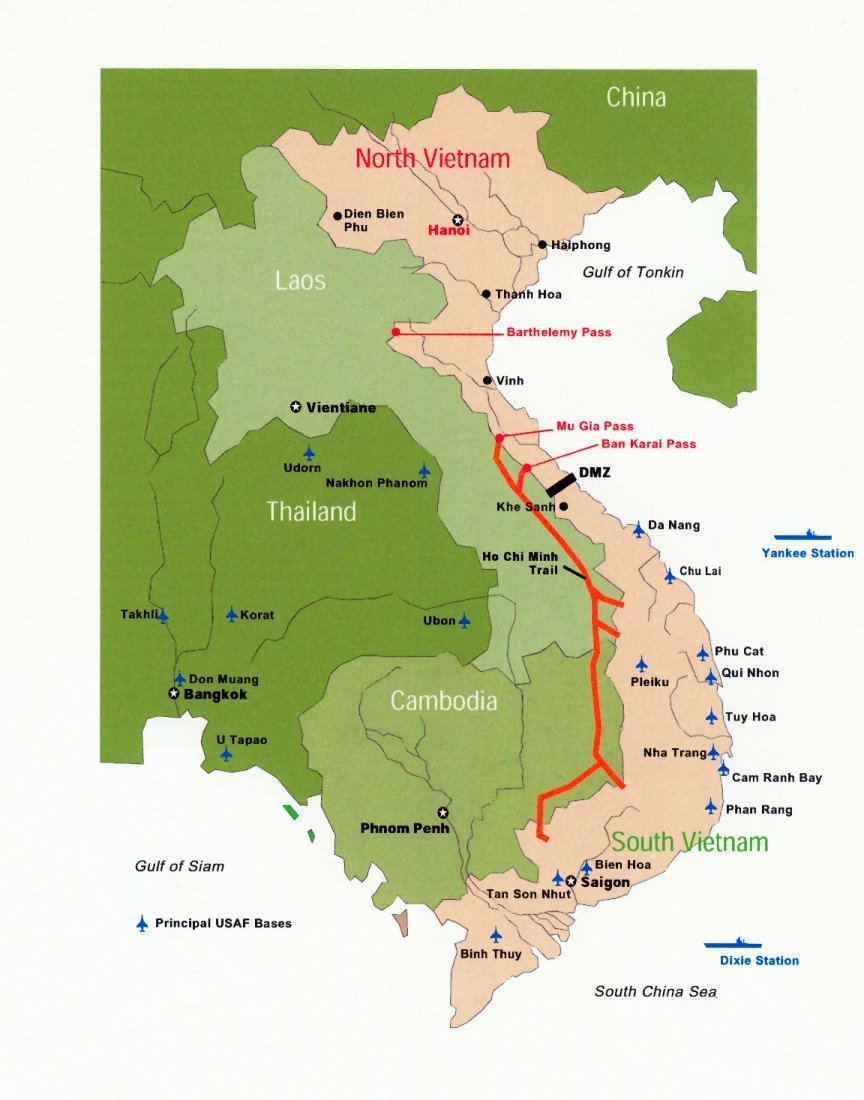 A belief is held, in Buddhist and Vietnamese folk tradition that, on the 15th day of the seventh lunar month, the gates of hell open at sunset, allowing these unfortunate spirits to go flying out into the world, hungry and unclothed. On this annual Wandering Souls Day, the Vietnamese people tend abandoned graves, burning incense and putting out offerings of food so that a wandering ghost may find rest amongst its relations, finally.

The theater of war is unquestionably a horror show, but sometimes, in a macabre twist, those horrors are staged, for a military advantage. Thus was the case of a top secret U.S. military psychological program operating in Vietnam during the 1960’s and 70’s, exploiting the Vietnamese belief in wandering souls, in hopes of tipping the balance of war in favor of the U.S. and its South Vietnamese ally.

Implemented by the U.S. Army’s 6th PSYOP battalion, in cooperation with the U.S. Navy, this campaign, code-named Operation Wandering Soul, created a series of ‘ghost tapes” to exploit the Vietnamese taboos on wandering ghosts, in order to scare North Vietnamese soldiers into defecting.

According to Sergeant Major Herbert A. Friedman, studio engineers recorded spooky sounds drenched in maximum reverb, meant to simulate the wails and cries of dead soldiers killed violently in battle, and forced to wander the earth as hungry ghosts due to lack of proper burial. Helicopters were then used to broadcast these recordings over the jungles of Vietnam during the night.

In Ghost Tape No. 10, with Buddhist funeral music playing in the background, a girl is heard asking “Daddy, daddy, come home with me, come home. Daddy! Daddy!”

A soldier, in Vietnamese, says:

Who is that? Who is calling me? My daughter? My wife?

Your father is back home with you, my daughter.

Your husband is back home with you, my wife. But my body is gone. I am dead, my family.

You can listen to Ghost Tape No. 10 here.

It says of the Communist fighter, “We think of how these wounds torment your body until the day you die in the nooks and corner of the thick forests and mountains. In a strange mound, no incense where your bodies are buried. Who will think of you?”

The fate of the South Vietnamese soldier, however, is described, “For us, if we die in the battlefield our bodies will be carried to our native village and buried there. If we are wounded, we are taken to a military hospital for medical treatment and recuperation.”

Another one of these flyers reads, “Is this a grave? Unfortunately, it is not. But it is the final resting place, many, many kilometers from the graves of his ancestors. His body cannot be identified, his grave cannot be marked, and his soul will never find rest.”

Death, of course, is bad enough in and of itself. But contemplating an afterlife spent wandering alone, in search of a bowl of rice when, you don’t even have a mouth to eat it with, is nightmare fuel for certain. Many an NVA soldier must have been spooked silly by this program, but how effective was it on the battlefield?

In a BBC interview with Rick Hoffman, a member of the 6th PSYOP Battalion Vietnam, Hoffman stated:

The rest of the Army looked at us with skepticism. They did not understand what we were doing. They saw us as some kind of magic show. To my knowledge the first time the Wandering Soul tape was ever used was on a Swift Boat down in the Delta. They drifted down into a VC concentration and launched the tape and my understanding is that they got 13 defections afterwards. Whether you were doing the ghost tape or dropping leaflets out of a C-47, you got shot at a lot.

Andrew Arnett is a writer/researcher and filmmaker in the fields of the occult, paranormal, shamanism and alchemy. Interested in the occult from an early age, his life changed in 1997 when Andrew witnessed... More by Andrew Arnett